Good news! Preschoolers are less likely to be overweight! 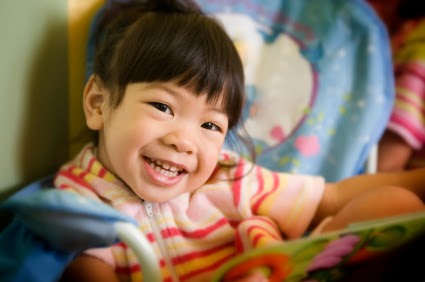 Earlier this week,  a paper was published in the Journal of the American Medical Association (JAMA) reporting the prevelence of obesity in the United States from 2011-2012. The Centers for Disease Control and Prevention (CDC) collects information from people all over the country and reports their findings every other year. These data are widely used in everything from news stories to policy documents to grant proposals. If you've ever heard someone say "In the United States, one-third of all adults are overweight or obese" chances are she was referring to these data.

In this most recent report, there was some exciting news! Although obesity rates didn't change much in most of the age groups, there was a significant decrease in the number of preschool-aged children who were classifed as overweight, from nearly 14% in 2003-2004 to 8.4% in 2011-2012.

There is so much work going into the prevention of childhood obesity at local, state, and national levels and this report shows that these efforts are having an impact. While nearly 10% obesity  among preschool children is far from desirable, it is good news that we are finally reversing course on such a challenging and devastating public health issue.

Email ThisBlogThis!Share to TwitterShare to FacebookShare to Pinterest
Labels: In the News, obesity